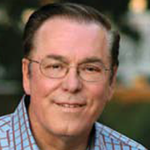 Many Christians are "natural" thinkers. They think according to how they feel and what they see, not according to the Word. But God wants us to be supernatural thinkers! He wants us to "lose our minds" to our old way of thinking and become successful in Him!

Sometimes when we begin to talk about God's desire for us to move to a new level in spiritual growth, people start asking questions. They say, "What's going to happen to us now? Is this new level going to be better than what we already have?" Moses dealt with questions like this. Let's look at what he told the children of Israel when they were on their way to God's next level for them.

EXODUS 14:10–14 (NLT)
10 As Pharaoh approached, the people of Israel looked up and panicked when they saw the Egyptians overtaking them. They cried out to the Lord, 11 and they said to Moses, "Why did you bring us out here to die in the wilderness? 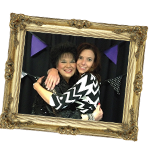 Living a Life of Devotion

If you're like me, you probably feel like you lead a crazy, hectic life. I'm a wife, a mom to two boys who play every sport imaginable, and I work full time.

Because things are so busy, I've had to come to terms with what it means to have a devotional life. I used to think it was just another one of those things I had to do. But when I looked up devotion in the dictionary, I discovered something really interesting. Devotion is not a verb; it's a noun. In other words, it's not just something we do; it's something we are!

That completely changed my perspective. By definition, devotion is "love, loyalty, or enthusiasm for a person, activity, or a cause." As believers, that means we should be love, loyalty, and enthusiasm for the Lord. We need to be focused on Him all the time. Devotion is a lifestyle, not just a time we set aside. 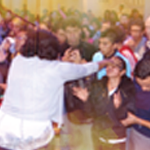 In Romania. In a locked school room with a group of teenagers everyone else had given up on. Even the guard was standing outside the locked door. These were scary kids.

AS THEY STARED AT HER, she stared back. She thought, "I'm in trouble! It's not the first time; it won't be the last. Come on, Jesus! Let's do this!"

Undeterred, TG began sharing the message the Lord had given her. She explained that it didn't matter how they started out in life—God could turn everything around.

As her translator closed their time with prayer, TG watched as, one by one, the teens bowed their heads. Afterward, they followed her from the classroom. "Can we talk to you?" they begged. These troubled teens wanted help. And that same night, they got it. TG's translator, a local pastor, opened his church to all of them.

For TG, a 1998 Rhema Bible Training College graduate and traveling missionary, this is what it's all about. "This is the kind of ministry God has entrusted me with," she said. "It's not because I'm qualified, but because He qualified me." 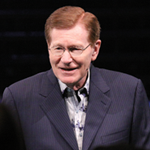 I've heard it said that faith will never remain status quo. It'll either grow or go. In other words, you can reach a level in your faith, but you won't be there forever. To maintain the level of faith you're on and progress to the next level, some faith maintenance is required.

You see, as born-again believers, we can't just give attention to feeding our spirits. That's important, but we also have a soul (mind, will, and emotions) and live in a body. To live a sanctified life of faith, we have to do something with them as well.

First Thessalonians 5:23 says, "The very God of peace sanctify you wholly; and I pray God your whole spirit and soul and body be preserved blameless unto the coming of our Lord Jesus Christ." That word sanctify—in its simplest definition—means "to set apart." So you could say, "The very God of peace set you apart—wholly." God desires us to set our whole being apart unto Him!