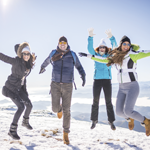 PRAYER doesn't work all the time for some people. They want you to pray the prayer of faith and get the victory for them. But they want to hold onto their cares too!

God has given us instructions in His Word about what to do with our cares. I believe He knows what He is talking about, so why not do what He says?

Philippians 4:6 says, "Be careful for nothing; but in every thing by prayer and supplication with thanksgiving let your requests be made known unto God." This version is from the King James Bible.

We don't talk this way today so its meaning might be a little blind to some of us. Instead of saying, "Be careful for nothing," we would say, "Do not fret or have any anxiety about anything."

Notice that this verse is instructing us about prayer. What is the first thing the Lord tells us to do? He wants us to deal with our anxieties and worries.

When I started out in ministry, I didn't know much about the Bible. But this is the first thing the Lord dealt with me about concerning prayer. The Spirit of God led me in line with what the Bible says. We are to deal with our anxieties first, and then pray.

It's easy to practice the second part of Philippians 4:6, "In every thing by prayer and supplication with thanksgiving let your requests be made known unto God." This part, however, is not going to work without doing the first part of the verse, "Be careful for nothing." Or, "Do not fret or have any anxiety about anything." We must take this step first.

I was holding a meeting in South Texas once, and a Full Gospel minister contacted me through the pastor to see if I would talk to him. He was in a lot of trouble. I knew him, so I agreed to meet with him.

He came to that town and told me his problems. Among other things, he was being sued, and that was going to cost him a lot of money in lawyers' fee alone. Troubles were piled on him. He couldn't eat or sleep, and he was full of anxiety.

He wanted me to pray the prayer of faith so all of his problems would get straightened out.

I realized I had to deal with his anxieties before any kind of prayer would work. So I began talking to him along these lines. I gave him Philippians 4:6 and First Peter 5:7 and encouraged him to cast all of his cares, anxieties, worries, and concerns on the Lord before taking his problems to God in prayer.

I shared with him a few problems I had faced and how I practiced these verses. I told him it wasn't easy, but I stayed with it. When I got the problems over into the Lord's hands, I was able to rest. And then God worked everything out.

This preacher was able to cast His cares upon the Lord. He then prayed about his situation himself. I saw him afterwards, and everything had worked out. The lawsuit had been dropped.

God is our burden-bearer. He will carry any load when we turn it over to Him. Hallelujah!

All of us will get into difficulties in life. We're not going to float through life on flowery beds of ease. The crises of life come to everyone. The difference is if we know the Word, if we know the Spirit of God, and if we know how to pray correctly.

Some people hold onto their cares and anxieties and fret about them. Others boil over with anxiety, care, and concern.

God wants us to turn our concerns over to Him. I didn't say it would be easy, especially if we've been in the habit of worrying. We need to get in the habit of faith instead. We do this by releasing the worry habit into God's hands.

When you feel like worrying, make this your confession: "Lord, I'm putting my concerns into Your hands. I'm turning it over to You. I refuse to fret and worry anymore. I refuse to be unduly concerned anymore about this. I refuse to be full of care. You said to cast it all on You because You love me, and I thank You for it. It's in Your hands, Lord, from this moment on. I rest in You. Thank You, Master."

Yes, the devil will bring a picture of your situation back to your mind after you get into bed tonight. What are going to do? Start laughing at him!

Say, "Devil, you may have brought that picture back, but I'm not worried about it. I turned that over to the Lord. And while I'm asleep He's working on my case, ha, ha!" Then go to sleep. This is being a doer of the Word and not a hearer only (James 1:22).

The Bible says, "God cares for you affectionately and watchfully" (1 Peter 5:7 AMPC). God loves you. He really does.

God is watching over you. Just turn loose of your cares and fall back into His loving arms. You'll find that your symptoms will disappear and your problems will be taken care of.

[Editor's note: This article was adapted from Kenneth E. Hagin's slimline book Casting Your Cares Upon the Lord.]

Scriptures to Meditate On

The Lord told Joshua, "This book of the law shall not depart out of thy mouth; but thou shalt meditate therein day and night, that thou mayest observe to do according to all that is written therein: for then thou shalt make thy way prosperous, and then thou shalt have good success" (Joshua 1:8). The Hebrew word translated meditate carries with it the thought "to mutter." To remember God's Word and put it into practice, mutter His Word. Speak it to yourself. Build your faith in Him by meditating on these scriptures.

22 Cast your burden on the Lord, And He shall sustain you; He shall never permit the righteous to be moved.

7 Casting the whole of your care [all your anxieties, all your worries, all your concerns, once and for all] on Him, for He cares for you affectionately and cares about you watchfully.

5 Commit thy way unto the Lord; trust also in him; and he shall bring it to pass.