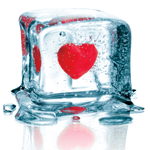 Does the Holy Spirit condemn you if you do wrong as a Christian? No. It is your spirit that condemns you (1 John 3:20). You need to learn that. It's a hard lesson to learn, however, because we have been taught incorrectly

The Holy Spirit will not condemn you. Why? Because God won't. Study what the Holy Spirit through Paul wrote in the Epistle to the Romans. He asked, "Who is it that condemns? Does God condemn? No, it is God that justifies" (Rom. 8:33–34).

Jesus said that the only sin the Holy Spirit will convict the world of is the sin of rejecting Jesus (John 16:7–9). It is your own conscience—the voice of your own spirit—that knows when you have done wrong.

The Comforter
I have found that even when I do wrong, though my spirit condemns me, the Holy Spirit is there to comfort me, to help me, to show me the way back. You will never read in the Bible where the Holy Spirit is a condemner. Jesus called Him the Comforter. The seven-fold meaning of that word from the Greek is brought out in the Amplified Bible:

JOHN 14:16 (Amplified)
16 And I will ask the Father, and He will give you another Comforter (Counselor, Helper, Intercessor, Advocate, Strengthener, and Standby), that He may remain with you forever.

The Holy Spirit is all of those! He will stand by you when no one else will. He will help you. It is your own spirit that knows the moment you have done wrong. I am glad I learned that early. It has paid off richly for me in life.

A Tender Conscience
I was barely saved and healed and back in high school when the following incident occurred: I really don't know why it slipped out—no one in our family used profanity. But we had a neighbor who could—as we say in Texas—"cuss up a storm." I suppose I picked it up from him. Anyway, I simply said to one of the boys, "Hell, no, (something or other)." The minute I said that, I knew on the inside it was wrong. What was it that condemned me? The Holy Spirit? No. It was my spirit. My spirit, this new creature, this new man doesn't talk that way. The Life and Nature of God doesn't talk that way. Now the flesh, the outward man, may want to go on doing some things that he did before, and talking in ways he talked before, but you have to crucify the flesh. A good way to crucify the flesh—the outward man—is to bring your mistakes right out in the open.

I did that right then. I didn't wait until I was moved. In my heart I said, "Dear God, forgive me for saying that." The young man I said it to had walked away. I located him and asked him to forgive me. He hadn't noticed what I'd said; he was used to people talking that way. But I had to get it right.

A Seared Conscience
The first church I pastored was a community church out in the country. I usually went out Saturday night, spent Saturday and Sunday nights there, and came back into town on Monday. I stayed quite often in the home of a dear Methodist man. This fine spiritual man, a great man really, was 89 years old. He and I didn't get up as early as the others did on his farm. They would be out doing chores or working in the field when this older gentleman and I had breakfast together about 8 o'clock.

I didn't drink coffee, but this old gentleman did. Now you could scarcely believe it unless you saw it, but he had one of those old-fashioned coffeepots—this was the mid-'30s—sitting on an old-fashioned wood stove with coffee boiling in it. I have seen him take that boiling coffee, pour it into a big thick mug, and when it was still so hot it simmered in that mug, turn it up to his mouth and drink the whole cup.

The first time I saw him do it, I hollered. I felt like my mouth and throat were burning.

How could he do that? I couldn't. The tissues of my lips, the inside of my mouth, my throat, and my esophagus are so tender, just one teaspoonful would have burned all the way down. But he drank a whole mug without taking it away from his mouth.

He couldn't do that to begin with though. Through years of drinking coffee that hot, his lips and mouth, and throat and esophagus, became seared. Eventually, he could drink it that hot and it didn't bother him.

Spiritually, the same thing can happen. (See 1 Tim. 4:2.) Learn to keep a tender conscience. Learn the minute you miss it and your conscience condemns you, to correct it right then. Don't wait until you go to church. Immediately say, "Lord, forgive me. I missed it." If you have to, if someone else saw or heard you, tell that person right away, "I did wrong. Please forgive me. I shouldn't have said that."

You will have to keep your spirit tender if you are going to be led by the Spirit.

Romans 4:20 (NIV) says that Abraham “did not waver through unbelief regarding the promise of God.” Many years ago my father, Kenneth E. Hagin, wrote in the flyleaf of his Bible, “God said it; I believe it; and that settles it.” Abraham had this same attitude, and we need to grab hold of it too. No matter how bad our situation looks, our victory is found in God’s promises and in never letting go of what our Heavenly Father has said.
Don’t Be Double-Minded
Often today believers affirm their faith publicly, but when they are by themselves, they begin to question God. They wonder if He can really help them. The moment they start doubting, they begin wavering in their faith.
The Bible is very clear about the danger of wavering.
James 1:6–7 (NIV)
6 When you ask, you must believe and not doubt, because the one who doubts is like a wave of the sea, blown and tossed by the wind.
7 That person should not expect to receive anything from the Lord.
Faith does not look at circumstances, and it doesn’t regard feelings. It stays completely focused on God’s Word. Unfortunately, some people allow their situations and feelings to “speak” louder than Scripture.
Some people lose their healing because they stop looking at the Word and focus on what’s going on in their body. It’s dangerous to do this, because before long they will start talking wrong. They’ll begin to say things like, “I thought I was healed. I guess I lost my healing.”
When we start talking like that, we throw out our healing and open the door for the devil and all of his junk to come back in. If we would just stand strong on the Word, every symptom would leave.
Look to the Word
Anytime the enemy bombards your mind with his lies, you must counter those lies with the Word of God. When lack rears its ugly head, read what God said about prosperity. When sickness impacts your body, meditate on healing scriptures. When fear invades your life, find peace scriptures to read. When impossibilities stare you in the face, the Word holds your answer.
Reading God’s promises keeps us focused on them instead of on the distractions that are sent to prevent us from receiving what God has for us. When facing the impossible, we can’t afford to look at whatever is coming against us.
Start Talking