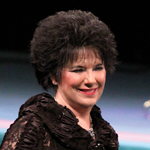 God wants us to prosper in every way! He wants us to have a life better than we ever dreamed of. That's why Jesus gave His life. He came to redeem us.

Unfortunately, some believers aren't experiencing this abundant, fruitful life. They're not prospering or enjoying good health—even though they're making confession after confession. Why? The Lord told me it's because they're in a prison of unforgiveness.

Forgiveness is a word we both love and hate.

It's tremendous when it's applied to us! God was so merciful to send Jesus to die for our sins. Now we're forgiven. It's as if God clicked delete on His heavenly computer. Our sins are totally removed from the hard drive—never to be remembered or held against us.

We're certainly thankful for that kind of forgiveness. But there's another facet of forgiveness that's more difficult to deal with. And that's when God asks us to exercise that same forgiving power toward others.

Mark 11:25 (NKJV) says, "'And whenever you stand praying, if you have anything against anyone, forgive him, that your Father in heaven may also forgive you your trespasses.'" In other words, we must forgive everyone who has offended us or who has done us wrong. How many times must we forgive? Jesus told Peter, "Seventy times seven" (Matt. 18:21–22). That's 490 times for just one offense!

A Hard Pill to Swallow
I don't know about you, but when I first discovered these verses in the Bible, it was a hard pill for me to swallow. I'm a person who loves deeply. So if someone I cared about said something bad about me, it would really hurt me. To protect myself from being hurt again, I'd write them off. I'd just put them in my "never-to-speak-to-again" file.

Now, forgiveness does not mean we deny the evil that has been done to us. It doesn't mean we gloss over the pain we've suffered and excuse sinful behavior. It doesn't mean we let someone continue to abuse us. And it certainly isn't about removing all the consequences.

See, bitterness will keep you from having the kind of relationship with God that you should have. It will take away your joy and can even harm you physically. I've known people who died prematurely after allowing bitterness and unforgiveness to overtake them.

It's a Choice
We must decide we're going to forgive. It's a choice we make—not a feeling. God never said, "Forgive them if you feel like it." We're never going to feel like it. But when we choose to forgive rather than hold a grudge or retaliate, our lives will change. We'll find healing, restoration, and freedom that only the Lord can give.

Is there unforgiveness in your heart today? Don't let those situations continue to hurt you. Jesus has given us the key—forgiveness. And if you'll open the door of your heart and take out all of the junk you've been holding on to, He will restore you. Let the Lord heal you. Choose to forgive today.
_____________
[Editor's Note: This article was adapted from Lynette Hagin's Thursday night message at Kindle the Flame 2013.]

Lord, I choose to forgive those who have hurt me. I choose not to hold on to resentment. I let go of my right to seek revenge, and I ask you to heal my damaged emotions. Thank You for setting me free from the bondage of bitterness. In Jesus' Name, Amen