Although I was anointed to preach, that strong anointing with the glory didn’t happen again in my ministry for three more years (see Anointed to Preach for details on the first glory cloud experience). During those three years, I had been baptized in the Holy Spirit, had come over among the Full Gospel people, and was pastoring a little church in northcentral Texas.

One Sunday night, I was preaching away on prophecy—it was the second Sunday night of September 1939—and the anointing came upon me. After that anointing came, I don’t know what I said, and I couldn’t see anything or anyone. It was as if a cloud or dense fog filled the church.

When I came to myself, I was standing down in front, off the platform. That was the first time I’d ever done that. In fact, my wife had once said to me, “I believe you could preach standing in a wash pan,” because I never moved from behind the pulpit when I preached. I had been trained that way.

But that night, the glory came down, and I didn’t know one word I had said for 15 minutes. I had been in the glory cloud. When I found myself walking around the altar, I got so embarrassed that my face turned red. I ran back on the platform, got behind the pulpit, and said, “Amen. Let’s pray,” and gave the invitation.

In that service, everyone who didn’t have the baptism was baptized, and everyone who was lost or backslidden got right with God. It wasn’t my preaching that did it; it was the anointing. 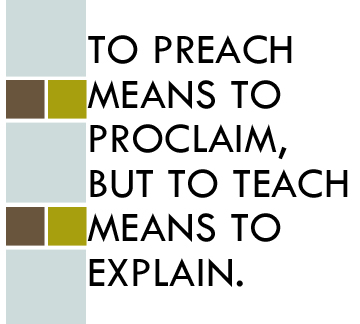 The glory cloud still appears quite frequently in our healing meetings and other services. People have seen it. It comes in and fills the room.

Sometimes when I am preaching or teaching, it comes in and absolutely blocks everyone from view. Most of the time, it just hangs over the heads of the people. It is at times like these that people receive healing without anyone ministering to them, because the anointing is present in such a powerful way.

Sometimes the anointing comes into visible manifestation. Do you think it wasn’t visible when the house started shaking where the early Christians were praying? And when that jail at Philippi started shaking and every door flew open, it came into manifestation again as a result of Paul and Silas’ praying.

I have the anointing of the Holy Spirit in me all the time, as any believer has, but I’m speaking here of an anointing to preach.

I don’t preach much any more—I mostly teach—but I like the preaching anointing. I love it.

The difference between preaching and teaching is that to preach means to proclaim, but to teach means to explain.

Once in a while, that anointing to preach still will come on me. If you’ve never heard me preach, get my videotape “El Shaddai.” On that tape, I’m preaching, not teaching.

I preached “El Shaddai” years ago at a Full Gospel Business Men’s meeting near Washington, D.C. The special singer was singing the last song, and I was sitting there on that platform minding my own business, ready to give my testimony about going to hell, when something like a cloak came on me. It fit over me like an overcoat. It was this anointing to preach. You talk about a fellow feeling “preachy”!

Remember, Elijah threw his cloak over Elisha, signifying that the Holy Spirit was coming on him in that way ­—just like a mantle was on him, and that’s the way it was with me. After all, these old Testament types and shadows were fulfilled in the New Testament.

When they turned the service over to me, I didn’t have my sermon notes on “El Shaddai,” but the anointing was there to preach, so I just read my text and took off, so to speak. We had a service! 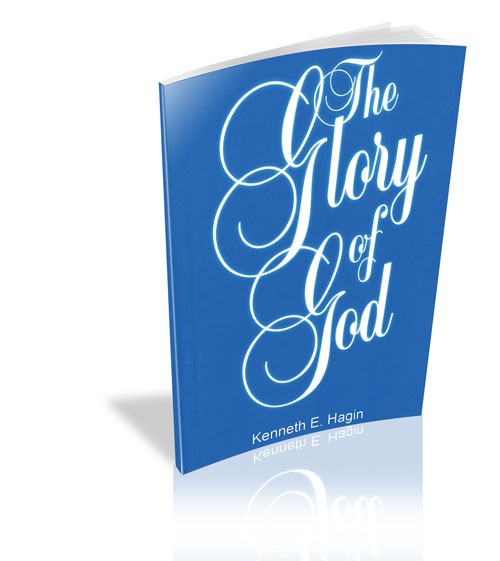 The Bible speaks a glory world that is sometimes manifested supernaturally in the natural world.