Some years ago, I was studying what the New Testament has to say about the authority of the believer. I wasn’t even thinking about my unsaved relatives. While reading Second Corinthians 4:4, however, I saw where Paul said that the god of this world, Satan, has blinded the minds of those who are lost. I began to see something.

We need to break the power of the devil over our unsaved loved ones, because the devil has their minds blinded.

I raised my Bible in one hand, lifted my other hand to Heaven, and said, “In the Name of the Lord Jesus Christ, I break the power of the devil over my brother Dub’s life and claim Dub’s deliverance. That means deliverance from the devil and full salvation in Jesus’ Name. Amen.”

I had prayed and occasionally fasted for Dub for 15 years. None of it seemed to work. In fact, he seemed to get worse. But once I prayed that prayer, breaking the power of the devil over Dub’s life, it was settled. I wouldn’t even touch it in my thought life; I wouldn’t even think about it.

About a week went by. Then the thought came to me, Oh, come on now. You don’t believe old Dub will ever be saved, do you?

I started to think about the situation. And this is a critical point on salvation, on faith, and on receiving whatever you need from God: As long as Satan can hold you in the arena of reason, he will whip you every time—in every battle, every conflict. But if you will hold him in the arena of faith, you will defeat him every time!

I started to think about it for a moment. Then I shut my mind off and wouldn’t think about it. (You can train yourself to do that, but it takes time and diligence.)

From way down inside of me, in my spirit, something sort of bubbled up. It came out of my mouth, and I started laughing—right out of the inside of me.

I said, “No, no, I don’t think Dub will be saved. I know it. You see, Satan, I took the Name of Jesus, and I broke your power over Dub and claimed his deliverance from you and his full salvation.”

If the devil could have gotten me to start thinking, Well, I hope he gets saved . . . I don’t know whether he will be or not . . . maybe he will, I would have been whipped. But I just shut my mind off and refused to think about it.

Within two weeks, Dub was saved.

This is just one way of praying for the salvation of a loved one. I prayed for other relatives differently as the Lord led me to pray.

It all comes back to the Word and the Spirit. Every Christian needs to get into the Word and study what the Bible says on the subject of interceding for the lost.

Often people pray incorrectly and open the door to the devil. They pray, “Lord, bring them in at any cost.” But Jesus has already paid the cost! People will say about someone, “Well, God used that tragedy to bring him to salvation.” But that kind of thinking is not in line with the Bible.

People have gotten saved in times of war when bombs were dropping, but that wasn’t God’s way of bringing them in! Of course, He’s there when people turn to Him, but you needn’t pray tragedies upon people to make them turn to God!

Also, you must depend on the Spirit of God, and you must use wisdom to know when to speak to your unsaved loved ones and when to keep your mouth shut. All the while, of course, you’re to pray for them.

I never doubted that my immediate family would be saved. My wife was saved when we were married, and later we had two children. The thought never occurred to me that my children wouldn’t be saved. I knew they would.

God does deal with families, and the man should take the lead. Most of the time, when the husband becomes a Christian, walks with God, is the head of his house, prays, and has family devotions, the family will follow him.

When it comes to parents “claiming” their family, they have to do some things. They must train up a child in the way he should go (Prov. 22:6). They must bring him up in the nurture and admonition of the Lord (Eph. 6:4), teaching him the Word.

Young people trying to minister to their unsaved parents also need to be led by the Spirit. I know of children and teenagers who got saved and then led their parents to the Lord. On the other hand, I know of teenagers who got saved and caused a division between themselves and their parents because they pushed things too fast and too hard in witnessing.

You can be interested in others and be burdened for them, but you can’t lay down ironclad rules and say, “I can claim someone else’s salvation,” just because you want them to be saved. Of course we want everyone to be saved, but the other person has something to do with it. A person’s will is involved in accepting or rejecting Christ.

Once the power of the devil is broken over people, if they’re free to make a choice, they usually will make the right choice. If their mind is blinded, of course, they can’t make the right choice. But as a usual thing, people will come to the Lord once Satan’s power over them is broken. You can’t say it will happen 100 percent of the time, because some people just willfully won’t follow the Lord.

So we do have guidelines, and most of the time you can discover them by studying the Word. Where there are no guidelines, you must depend on what the Holy Spirit tells you to do.

Salvation is the most important thing. 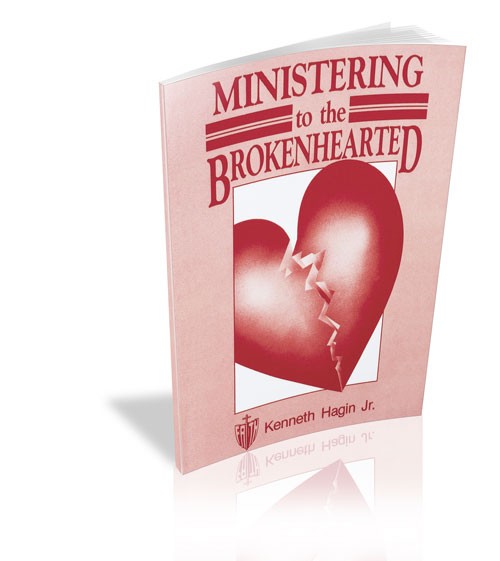 Be an ambassador of Christ by learning to minister to those around you.