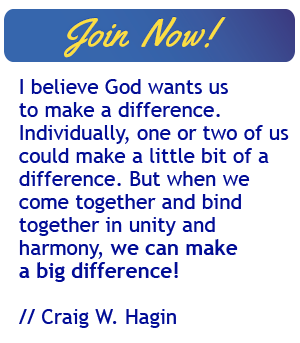 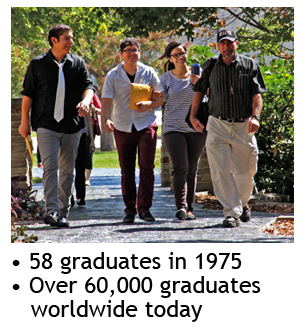 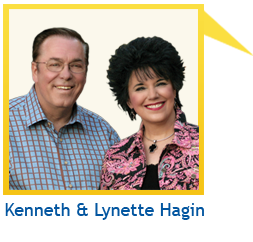 Word Partners are vital members of the Rhema family. Through their prayers and financial support, they make it possible for us to reach across generations and nations to share the Good News of Jesus Christ and the message of faith in God. As we work together, people are being saved and set free in every corner of the earth. If you've been helped, strengthened, or blessed through this ministry, we encourage you to become an essential piece of what we do. Join the adventure, and make a difference today!

What's in It for You?

Partnership is a two-way street. We're not just asking you to pray for and give to this ministry. We want to be a blessing to you as well. Not only do we commit to pray for you each day, but as a Rhema Word Partner you'll receive:

Jessica
2nd Year Student From Alaska
What a blessing you [partners] are! I would say 75 percent of us students wouldn't come if the tuition wasn't as low as it is. I mean, it's still a big chunk for a lot of us. You can't work those nine to fives because three hours out of your day is taken up for school. So without your support and help, there's no way the ministry would be able to do what it's doing, and be able to pour into these students who will go out and preach the Gospel.

You might not see it, but you're the vital part. You're the heartbeat of the ministry. Because without your support and prayers, there's no way this would go on. There's absolutely no way that Rhema Bible Training College would be able to have the big effect that it does on the world now—without you.

James
1st Year Student From Canada
You are doing a really good thing [to support Rhema]. The foundation you get here [is amazing]. There are people who just don't know [the truths of God's Word], and they're walking in all the light they can. But Rhema gives you a lot of light in a very short time. It's strongly anointed. Rhema really does change the world.

Miguel
1st Year Student From Guatemala
I encourage you to be led by the Holy Spirit [when you give]. In the Bible, it says that when you give to someone, you give to [God]. And I know God's talking to people to help [students] who came here to Rhema to go and preach the Gospel to the nations. We need that kind of support here. We need that to make the coming of the Lord [happen more quickly].

Jai
1st Year Student From Canada
I'm a Word Partner Club member. I have been since before I came to Rhema because of a Rhema grad in [Peru]. [This grad] . . . radically changed both [my life] and that of another brother [who didn't know the Lord]. Our destinies [went] from darkness to light—hell to Heaven. And now we're both going to Rhema. Just that one grad changed that much. Just one guy!

So I understand the impact, and for me, supporting Rhema is my priority in investment. [I know that] the wisest place to put my money is in an organization that actually produces change in the world. The Gospel, when it's properly presented and demonstrated will change nations . . . will change the world. Rhema does that. The students . . . when they get [going] . . . there's no stopping them!

Help RHEMA fulfill God's call by becoming a Word Partner Club member. Join us as we work together to reach the world with the message of Jesus Christ!

And remember, any amount you commit to give on a regular basis is a blessing that we are grateful for. We value your partnership and your prayers!

Please fill out the form below. We will send you a Word Partner information packet within the next 4 –6 weeks.

RHEMA's Word Partner Club
Working Together to Reach the World

Have you ever dropped a stone into water? Small waves rise up at the point of impact and travel in all directions. It's called a ripple effect. That's the kind of impact Christians are meant to have in this world—the kind of impact that the RHEMA family is producing in the earth today.

We are dedicated to sharing the message of faith, hope, and healing available to every person through Jesus Christ. We are doing our part to make a difference in this world. God has given us a vast work to do, and we can't do it alone.

We know we can't fulfill God's call without the help of like-minded believers. Our Word Partners are vital members of the RHEMA family. They help fulfill God's plan for this ministry. Together, we are reaching across generations, cultures, and nations to spread the Good News of Jesus Christ to every corner of the earth.

Listen to what a few people have to say about Rhema's impact on their life!

"We are so blessed to be able to watch RHEMA Praise online! We can feed our spirit with right teaching and be encouraged."

"Thank you for your prayer request line. I called recently for prayer for my 13-year-old niece. Her finger was smashed in a freak accident at school. The doctor said the finger would have to be amputated. I called for the prayer of agreement, and the woman who prayed with me was wonderful. . . . The finger is steadily returning to complete restoration. Thank you for providing this lifeline of support!"

—Jordan Graham, via the Internet

"Since I was a small child, I have experienced a deep hunger for the things of God, and much of the early teaching that I received was through some of your books that I discovered one day in my grandparents' home. Since then, because of your books, monthly magazine, and radio program, I have built a strong spiritual foundation and grown greatly in my faith. I now plan to devote my life to the Lord's ministry. . . . You will not know until Heaven how many lives you changed through your ministry."

"I had a call to be a missionary from the time I was small. But I had nothing to say. Brother Hagin taught me the Bible, and from the time I graduated from RHEMA Bible Training Center in 1985, I have been on the mission field in Africa. I would never have been able to fulfill my calling without the Word you gave me. I'm so grateful!"

"Recently, a beloved sister in the Lord was admitted to the hospital. I went to see her there, and she was doing quite badly. I selected Word of Faith magazines with testimonies of healings like the one entitled 'She Will Live and Not Die' and handed them to her. The lady's faith was so rekindled by the testimonies therein that within a short time, she was healed! God is using your magazine to minister to many brethren."

"My boss had been fighting cancer for about two years. I gave him Brother Hagin's book Health Food. The Lord really opened my boss's eyes to divine healing, and within a few weeks, he received his healing. He is now going to purchase 15 copies of Health Food and give them to people who are sick."

—Philip Nelson, via the Internet