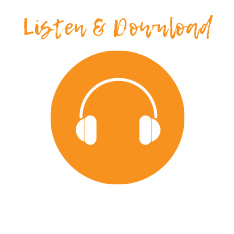 We often become disappointed and discouraged in life when things don’t work out the way we think they should. Perhaps the job promotion we were expecting didn’t come through; maybe our family or friends let us down. If we’re not careful, these disappointments will begin to sap our joy and we will begin to question God, asking why His plan for our life doesn’t seem to be unfolding.

As Christians, we would like to think that we are immune from the challenges of life, but disappointments and hurts come to us all. When disappointments come my way, I look to God’s Word for answers. Romans 8:28 says, “And we know that all things work together for good to them that love God, to them who are the called according to his purpose.” I like what The Amplified Bible says: “We are assured and know that [God being a partner in their labor] all things work together and are [fitting into a plan] for good to and for those who love God and are called according to [His] design and purpose.”

I have met so many Christians who are ready to give up the plan of God for their life. It seems that the enemy is having a heyday as he endeavors to destroy Christians and to cause them to live in defeat.

Living a defeated life is not the plan of God for you. Romans 8:28 says that all things work together for good for them who love God. You might say, “All things are not working for good for me right now!” But God does have a plan for your life—a good plan! God had a plan for your life from the very moment you were created. The success of that plan depends on how well you follow the will of God.

Psalm 37:23 says, “The steps of a [good] man are directed and established by the Lord when He delights in his way [and He busies Himself with his every step]” (Amplified). Many people have the mistaken idea that if they are following God’s will and if God is directing their steps, they will have no problems on the road of life. In fact, whether or not they encounter problems is the gauge many people use in order to determine if they are in the will of God. Many Christians think that if they have few or no problems, they are in God’s will, but if they do have problems, it must mean that they are out of God’s will. However, it’s usually the other way around.

Joseph is a great example of someone who could have questioned why things happened to him the way they did. He followed the plan of God for his life and yet life did not go well. His brothers despised him and devised a plan to get rid of him. I am sure that when Joseph’s brothers sold him as a slave he could have questioned, Why are things not working for my good? But instead of questioning God, Joseph maintained a positive attitude.

One reason things do not ultimately work out for our good is because we develop a negative attitude along the way. Instead of praising God, we question God. Because Joseph kept the right attitude throughout his experiences, he was blessed and God prospered him—even in his captivity. What if Joseph had not kept the right attitudes? What if he had not continued to stay close to God? Then Joseph would not have been able to hear God’s voice or be used by God.

If we had been in Joseph’s place, we might have given up. Many years came and went before Joseph’s dream came to pass, but he continued to trust God, no matter what happened in the meantime. It’s so important that we keep a positive attitude even in the tough times, the hard times, and the times when we are tempted to wonder, Are things going to work out for my good? In the hard times, we must maintain our relationship with our Heavenly Father. We must keep our faith in God and in His Word, believing that things truly will come to pass just as He promised.

Right now you may be wondering, Are my steps being ordered of the Lord? Why are things not working as they should? I encourage you to keep a right attitude. Don’t let bitterness consume you; forgive your enemies; and don’t question God. You may not understand the path that God is taking you down right now, but know that all things work together for the good of them who love God. Trust in the Lord, and let Him guide you one step at a time.