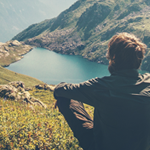 SOME BELIEVERS in the Body of Christ don't understand God's will about sickness and healing. They think they are sick for a reason. They believe that God wants them to be sick, and that He has put sickness on them to learn a lesson. Both are wrong beliefs. The truth is that God wants you well!

In the New Testament, we never see where Jesus put sickness on anyone. When people came to Him for healing, He never said, "No, it's not My will. Just suffer a little longer." Not one time did this happen.

8 Philip said, "Lord, show us the Father and that will be enough for us."
9 Jesus answered: "Don't you know me, Philip, even after I have been among you such a long time? Anyone who has seen me has seen the Father. How can you say, 'Show us the Father'?
10 Don't you believe that I am in the Father, and that the Father is in me? The words I say to you I do not speak on my own authority. Rather, it is the Father, living in me, who is doing his work.

This passage of scripture emphasizes knowing God. Philip wanted to know God the Father. He even asked Jesus to show the Father to him and the other disciples. Jesus answered him by saying, "Anyone who has seen me has seen the Father" (v. 9). In other words, "If you want to know what God is like, look at Me."

If we want to see God at work, we only need to look at Jesus. If we are going to know what the will of God is, we can look at Jesus and the works He did in His earthly ministry.

It doesn't make sense to say that God put sickness on people when Jesus said, "If you've seen Me, you've seen the Father." You see, if our Heavenly Father put sickness on people, then Jesus would have had to do the same thing when He was on the earth. Moreover, Jesus would have had to refuse to heal some people during His earthly ministry and say, "No, God put that on you for a reason." But in the New Testament, we only find Jesus healing people.

If God doesn't put sickness on people, who does? Many men, women, and children are sick and dying, so it's vital for us to know where sickness comes from. Then we can help people understand and receive healing. And we can obtain healing if we need it.

38 How God anointed Jesus of Nazareth with the Holy Ghost and with power: who went about doing good, and healing all that were oppressed of the devil; for God was with him.

This verse says that Jesus went around doing good and healing the sick. Notice that it not only identifies the One doing the healing, but it also makes it clear who is making people sick. Does it say that Jesus was healing all who were oppressed of God? No! It says Jesus healed all who were oppressed of the devil. Now you know why blaming God for sickness and disease doesn't make sense.

Sometimes people make up reasons why their friends or family members are sick because they can't figure out why they weren't healed. Their loved ones were godly Christians who believed in divine healing, but for some reason, didn't get well. So everyone close to them tries to figure out why they didn't receive healing. When they can't figure it out, they make something up. They come up with the idea that God must have made the person sick for a reason.

'Is Any Sick Among You?'

Many examples in the Bible show God is a Healer. He doesn't want anyone to suffer from sickness. Let's look at another passage of scripture that proves healing is God's will.

14 Is any sick among you? [Among who? Among those in the Church.] let him call for the elders of the church; and let them pray over him, anointing him with oil in the name of the Lord:
15 And the prayer of faith shall save the sick, and the Lord shall raise him up; and if he have committed sins, they shall be forgiven him.
Notice verse 14 asks, "Are there any sick among you?" This question implies that there should not have been any sick among them. In other words, being sick did not regularly happen. Otherwise, James wouldn't have to ask if anybody was sick; he would have just known or assumed that there were.

This passage goes on to tell us what to do if anyone is sick, which means we aren't to leave them sick in that condition, thinking God is trying to teach them something. This verse instructs us to call for the elders of the church, anoint them with oil, and pray the prayer of faith; then the Lord will raise them healed and whole!

Read these healing scriptures aloud to yourself and meditate on them continually. God's Word is life and health to your body (Prov. 4:22).

4 Surely He has borne our griefs and carried our sorrows; yet we esteemed Him stricken, smitten by God, and afflicted.
5 But He was wounded for our transgressions, He was bruised for our iniquities; the chastisement for our peace was upon Him, and by His stripes we are healed.

17 That it might be fulfilled which was spoken by Isaiah the prophet, saying: "He Himself took our infirmities and bore our sicknesses."

24 Who Himself bore our sins in His own body on the tree, that we, having died to sins, might live for righteousness—by whose stripes you were healed.

2 Bless the Lord, O my soul, And forget not all His benefits:
3 Who forgives all your iniquities, Who heals all your diseases.

19 Many are the afflictions of the righteous, but the Lord delivers him out of them all.

[Editor's Note: You will find this list along with many other scriptures about healing in Kenneth E. Hagin's book Healing Scriptures.]