Divine healing is an accomplished fact. It is a gift, like salvation, already paid for at Calvary. Have you accepted God’s gift of healing? Are you experiencing it in your life in full? If not, it’s time for you to possess the promise of healing and enjoy complete health in every area!

“I have prayed and prayed. I have been in healing meetings all over the country and have been prayed for many times, but still I am not healed. Can you help me?”

This plaintive appeal has been heard many times by ministers. They pray for sick persons, but often the sick leave as they came—not healed.

Why is it that some are healed instantly while others trudge from place to place seeking healing, only to be disappointed time after time?

Why is it that some who are pillars in the church often suffer for years while others who are less devout receive a sudden miracle from God?

Is God a respecter of persons (Acts 4:34)? Or have we failed in our approach to healing, lacking a complete understanding of what God’s Word teaches on the subject? 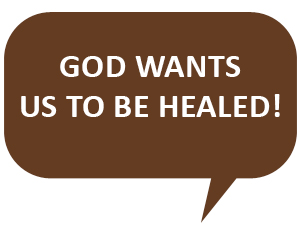 The anointing oil, the minister’s prayer, and the laying on of hands are simply methods, or points of contact. In themselves, they do not heal. They are avenues through which we can release our faith in God’s Word.

There will be manifestations of these supernatural gifts when people preach them, teach them, believe in them, and yield to the Spirit of God; but these gifts are not always in operation.

Often new Christians are healed by such special manifestations. Then the next time they are sick, instead of believing God’s Word, they expect to be healed in this same way, and they are disappointed when they are not.

I have found in my ministry that supernatural manifestations of healing usually are seen either among sinners or among denominational people who have not heard divine healing taught. I have seldom, if ever, seen them work for Full Gospel people.

Why? Because gifts of healings and supernatural manifestations are given primarily to advertise the Gospel and to gain the attention of those outside the Church. The believer should be healed by releasing his faith in the Word of God.

We must distinguish between healings obtained through supernatural gifts or manifestations and those obtained by exercising faith in God’s Word alone.

It also must be understood that an individual does not operate these supernatural gifts; they are manifested through him. I can’t make them operate any time I want to; I can only stay open for the manifestation of the Spirit of God as He wills (1 Cor. 12:11).

We should stay open for the manifestations of the Spirit of God, but we do not have to wait for one in order to be healed. That’s good news, friend. God wants us to be healed, and He has made provision for us to receive and possess healing.

The gifts of healings have been manifested many times in my ministry, but I cannot make them work at will. I can’t push a button or pull a lever, so to speak, and make the gifts start working. They operate as the Spirit wills. Yet we are instructed not to wait for Him, since He has already done something about our healing at the cross.
Healing belongs to us. It isn’t simply a matter of prayer. It isn’t simply a matter of some spiritual gift in operation. Healing belongs to us because it has been provided for us by the Lord Jesus Christ.

When I tell people they don’t have to pray to be healed, they look at me in amazement. Many have failed to receive healing because they have based their faith on prayer instead of on God’s Word. They expected prayer to do for them what God’s Word will do for them. Prayer is successful only when it is based on the promises in God’s Word.

When people come to the altar for prayer, find out what their need is. If a man comes to be saved, you could pray for him for six weeks, but until he acts on what God said in His Word, he will get up and go home unsaved.

Turn to God’s Word. Show him what the Bible says. Get him to believe it and to act upon it. As far as God is concerned, the man is already saved. From God’s standpoint, salvation is already bought and paid for. So it is not a matter of God’s saving him; it is a matter of his accepting the salvation God offers!

Some say, “Well, I believe God is going to heal me sometime. I believe that in God’s own good time and in His own way, He will do it.” That kind of thinking is out of line with the Word of God. First Peter 2:24 says, “. . . by whose stripes ye were healed.”

Notice it says, “were,” not “going to be.” If I believe what the Bible says, then I believe that we were healed. Peter is looking back to Calvary. I was healed then. I accept that healing now.

God laid on Jesus our sickness and diseases; Jesus bore them. He was “stricken, smitten of God, and afflicted” with our diseases (Isa. 53:4). Therefore, Satan has no right to put on us what God put on Jesus.

Someone may say, “It may be the will of God for me to be sick. God may get more glory out of my being sick than if I were well.”

What right, then, would God have to put your sickness on Jesus if He wanted you to keep bearing it? There is no need for both of you to bear it. Because Jesus bore it, you are free!

All of God’s blessings and provisions are conditional. He gave us His Word to let us know what conditions must be met in order for us to receive these blessings. They won’t just fall on us automatically like ripe cherries fall off a tree. There is a God-ward side and a man-ward side to every battle and to every blessing. God has His part to play, but man also has his part to play. Man’s part is to obey God and to receive what He has provided.

Paul said that what happened to Israel happened as an example for us (1 Cor. 10:11). When God led the children of Israel out of Egypt (which is a type of the world), He didn’t abandon them in the wilderness; He had a further blessing for them. He had another land for them: Canaan’s land.

Canaan is a type of the baptism of the Holy Spirit and our rights and privileges in Christ, which include healing. God promised the children of Israel repeatedly that He was going to give them that land. When they finally crossed over the Jordan River into Canaan, God said, “Every place that the sole of your foot shall tread upon, that have I given unto you, as I said unto Moses” (Joshua 1:3). God had said He would give them the land, but the people had to possess it.

That’s how it is with our rights and privileges in Christ. Healing belongs to us. God has provided it for us. But we have to possess it. Unless we possess the provision, we will not enjoy its benefits.

Many people are waiting for God to do something about their sickness. They say, “If God ever heals me, then I’m going to believe it.”

I have talked to sinners who had the same idea about salvation: They wanted to leave it all up to God. One man said, “If God wants to save me, He will. I’m just waiting on God.” I couldn’t talk him out of the notion, and, sadly, he died without God.

God’s Word says that it is God’s will to save people. He invites them to come: “. . . And whosoever will, let them take the water of life freely” (Rev. 22:17). The responsibility for receiving is on man’s side.

The believer sometimes makes the same mistake when it comes to other things God’s Word promises. He thinks erroneously, “If God wants me to have this, He will give it to me. If I don’t get it, He doesn’t want me to have it.” We need to get into the Word of God and find out what belongs to us. If something is promised to us, or if it is provided for us in His Word, it is His will. All we have to do then is to possess it!

We need to settle this in our minds, because as long as we waver, we will not receive anything. James 1:6 and 7 says, “But let him ask in faith, nothing wavering, For he that wavereth is like a wave of the sea driven with the wind and tossed. For let not that man think that he shall receive any thing of the Lord.” Often we don’t receive because we waver. 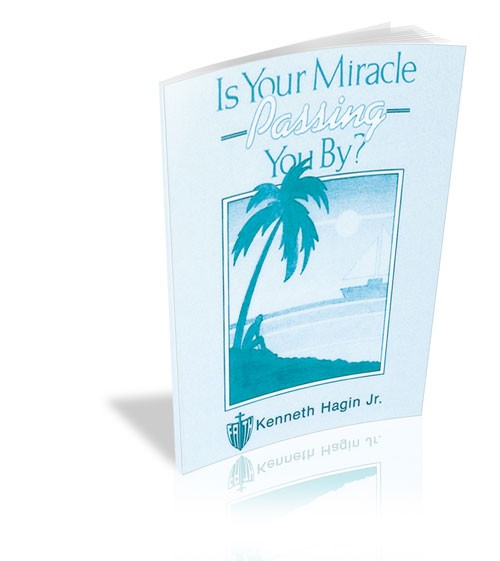 This minibook reveals that although Jesus is ready and willing to meet the need of every believer, persistent faith is essential to receiving healing.