The steps of a GOOD MAN are ordered by the Lord: and He delighteth in his way.

The phrase “good man” is found in both the New and Old Testaments. Studying the Hebrew and Greek use of this phrase yields definitions such as “literally or morally valuable; virtuous” and “better man; honest man; worthy man; well-favored man.” The Word of God also gives some particular attributes of a “good man.”

A good man follows God’s leading. Psalm 37:23 says, “The steps of a good man are ordered by the Lord: and He delighteth in his way.” A good man does not allow himself to be led by circumstances, other people, or even his own feelings. He allows God to be in control of his life.

A good man helps others. He is a giver. Psalm 112:5 says, “A good man sheweth favour, and lendeth: he will guide his affairs with discretion.” He is not focused on his own needs; rather, he is focused on the needs of others.

A good man leaves an inheritance. We’re told in Proverbs 13:22 that “A good man leaveth an inheritance to his children’s children: and the wealth of the sinner is laid up for the just.” The inheritance referred to here is not just money. An inheritance can be both natural and spiritual. The good man plans for the future—he saves and invests—so that those under his responsibility are taken care of, even if he’s gone.

A good man has the Word deeply implanted in his heart. You’re going to have times of pressure in life. And whatever is in your heart in abundance is going to come out of your mouth during a time of pressure. In Matthew 12:34 and 35, Jesus told the Pharisees that it was impossible for them to speak good things without having good things in their hearts. A good man knows that the most important thing he can do is get the Word of God deep in his heart. Psalm 119:11 says, “Thy word have I hid in mine heart, that I might not sin against thee.”

A good man fears the Lord. What does that mean? Proverbs 8:13 says, “The fear of the Lord is to hate evil: pride, and arrogancy, and the evil way, and the froward mouth, do I hate.” A good man hates what God hates; he thinks like God thinks. (See Psalm 112 for more characteristics and blessings of a good man as he fears the Lord.)

An Example of a Good Man. Joseph, the betrothed of Mary, was a just—or good—man, and he showed it in the way he treated Mary after he found out she was pregnant (Matt. 1:18–19). That’s one reason God chose Joseph. He did not want to disgrace Mary. Rather, he had compassion on her and wanted to protect her from ridicule, persecution, or even punishment.

There was another reason God chose Joseph: He was quick to obey God. In addition to taking Mary as his wife, as God had told him to do, Joseph obeyed the Lord’s instruction to leave Bethlehem and take his wife and the child to Egypt (Matt. 2:13–15). Joseph’s obedience protected Jesus from King Herod’s plot to kill him.

If you want to handle the “weightier” assignments of God, you must embrace these qualities of a “good man” as defined by God’s Word, and you must come to a place where you instantly obey! 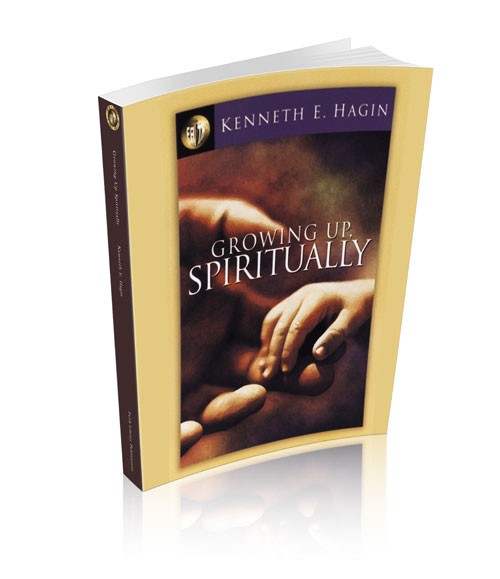 This book will help Christians locate where they are spiritually and show them how to grow into the next stage of spiritual development.