In a large house there are articles not only of gold and silver, but also of wood and clay; some are for noble purposes and some for ignoble. If a man cleanses himself from the latter, he will be an instrument for noble purposes, made holy, useful to the Master and prepared to do any good work.

Thomas Edward Lawrence (commonly known as “Lawrence of Arabia”) became a national hero in England after he helped the Arabs defeat Turkish forces during World War I. While in the Middle East, Lawrence formed close friendships with many Arab leaders, and after the war, he accompanied some of them to Paris for the Versailles Peace Conference.

These men of the desert had never been to Europe. They were amazed at many things, but nothing astonished them more than the running water in their hotel rooms. They could simply turn on a faucet and get all the water they wanted!

As the Arab delegation prepared to leave Paris, Lawrence found them trying to take the bathroom faucets with them so they could have running water when they returned to the desert. He explained to them that behind the faucets were huge reservoirs and a plumbing system, and that without these, the faucets were of no use.

There was no magic in the faucet! What was behind the faucet supplied the water. A faucet can be made out of 24-karat gold, but if it’s not connected to a water supply, it’s useless. The water comes from a source we can’t see when we’re looking at the faucet.

Similarly, our power as Christians comes from a Source we can’t see with our natural eyes. Our power is from God Almighty. And God is looking for “faucets” through which His power can flow. God is looking for men and women to be vessels fit for His use. But as His anointing flows through us and touches the lives of others, we must remember that there is no magic in the faucet! It’s God, and God alone, Who is doing the work.

God wants to reveal His glory and power to a lost and hurting world, but He needs a faucet to flow through. In other words, God needs a human vessel. According to Second Timothy 2:20–21, God desires that His people become instruments, or vessels, through which He can fulfill His purposes and plans here on the earth. You and I can become God’s faucets. The power of God can flow through us as we minister to those around us who are lost and hurting. 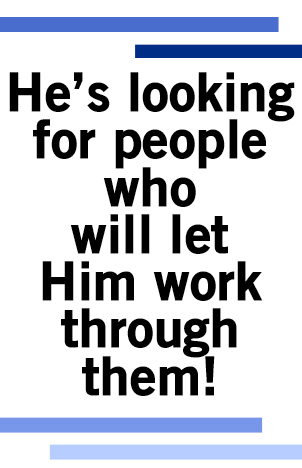 The Bible is full of examples of people being used by God in powerful ways. And we know from the Bible that He often uses the most unusual “faucets” to accomplish His plans. Moses stuttered. Jacob was a deceiver. David had an affair. Abraham was too old. David was too young. Jonah ran from God. Miriam was a gossip. Gideon and Thomas both doubted. Elijah was burned out. And Martha was a worrywart.

I believe God orders all of our steps if we follow His plan for our lives. I believe that we can be in the right place at the right time and be the faucet God needs for His power to manifest among believers and non-believers alike. Will you be that faucet—that vessel through which God can demonstrate His love and power to this hurting world?

No matter how many good things happen as we operate as “faucets,” we must keep in mind that it’s not the faucet doing the work; it’s what’s flowing through the faucet! The power of God is the supply line. It is God Who gets the job done; therefore, He alone deserves the glory and honor.

Remember, there’s no magic in the faucet. But there is power in Almighty God. Let us be vessels through which His anointing can flow! 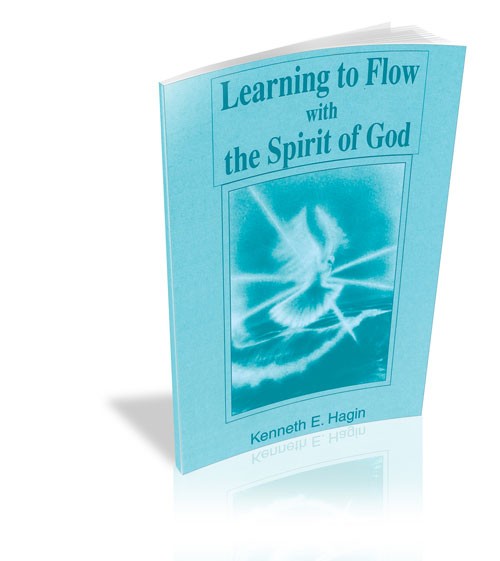 This provocative minibook shows that believers can learn to yield to the Spirit of God individually and corporately.