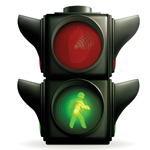 Knowing What To Do in Every Situation

Too often, we seek guidance every other way except the way God said it was to come. We judge by our physical senses, or we look at things from a mental standpoint. Meanwhile, our spirit is kept locked away in prison, so to speak, and is not permitted to function.

But our Heavenly Father said, "The spirit of man is the candle of the Lord" (Prov. 20:27). That means He will enlighten and guide us through our spirits.

You see, our spirit—the inward man—has a "voice" which we call the conscience, intuition, inner guidance, or the inward witness. If we would train and develop our spirits, this voice would become clearer. We would know inside with a yes or a no just what to do in every area of life—even in minor things.

To define this inward witness in simple terms: As you are praying along a certain line and contemplating what to do, if there is a check in your spirit—a "something on the inside" that tells you not to do a certain thing—that is the inward witness.

Let me explain further. In February 1959 in El Paso, Texas, I had an open vision of
Jesus. My eyes were wide open. I saw Him. He walked around the foot of my bed, took hold of a straight-backed chair, and pushed it up close to my bed. Then He sat down on it, folded His hands, and began His conversation with me.

One of the things He called to my attention was something that had been happening to me for the previous three days. I'd been trying to write a letter to a pastor confirming a date to hold a meeting for him. The first day I got about half a page written. Then I tore it up and threw it into the wastebasket. The same thing happened the second and third days.

Jesus said, "You see Me sitting here talking to you. . . . I am telling you not to go to that church. But I am never going to lead you this way again. From now on, I'm going to lead you by the inward witness. You had the inward witness all the time. You had a check in your spirit. That's the reason you tore up the letter three times. You had something on the inside, a red light, a stop signal. It wasn't even a voice that said, 'Don't go.' It was just an inward intuition."

Then Jesus reminded me of another invitation. I had preached a convention for one of the Full Gospel denominations the previous year. Nearly every pastor there asked me if I would come and hold a meeting.

One fellow came up to me and said, "Brother Hagin, do you ever go to small churches?"

I said, "I go anywhere the Lord says to go."

"Well, if God ever speaks to you, we want you to come."

I dismissed that conversation along with many others. However, several months later that conversation came back to me while I was praying. Then every day it continued to come back to me. Finally, after about 30 or 40 days I said, "Lord, do You want me to go to that little church for a meeting?"

The more I would pray about it and think about it, the better I would feel about it on the inside. It wasn't a physical feeling; it was a feeling in my spirit.

Sitting by my bedside, Jesus referred to this. "You had a velvety-like feeling in your spirit. That's the green light. That's the go-ahead signal. That's the witness of the Spirit to go. If you will learn to follow that inward witness, I will guide you in all the affairs of life, financial as well as spiritual."

I have followed that inward witness, and the Lord has done just what He said He would do. And what He did for me, He will do for you.

Let's look at a Bible illustration of this inward witness. We read in Acts chapter 27 the story of Paul on board a ship bound for Rome.

ACTS 27:9–10
9 Now when much time was spent, and when sailing was now dangerous, because the fast was now already past, Paul admonished them,
10 And said unto them, Sirs, I perceive that this voyage will be with hurt and much damage, not only of the lading and ship, but also of our lives.

Paul didn't say, "The Lord told me." It doesn't say that the Spirit of God said that to him. Paul said, "I perceive." Who is the real "I"? It is the spirit-man, the man on the inside. Paul didn't perceive it mentally. He didn't perceive it physically. But in his spirit he had a witness. And if they had listened to him, they could have avoided a shipwreck.

“ If you will learn to follow the inward witness, I WILL GUIDE YOU in all the affairs of life, financial as well as spiritual . ”

A number of years ago, a family went out to eat. They'd not been at the restaurant very long when the father suddenly said, "Let's go home." He just had an urge, a perception, that they should go.

Arriving home, they found a fire had started. If they had waited, everything would have burned. But the inward witness warned them in time.

Many times we ignore this inward witness. We seek the sensational and miss the supernatural that is right there all the time.

Let's learn that God leads all of His children primarily by the inward witness. As we learn to develop our spirit and follow that leading, He will guide us in every area of our lives.
_____________
[Editor's Note: This article was adapted from Kenneth E. Hagin's books How You Can Know the Will of God and How You Can Be Led by the Spirit of God.]